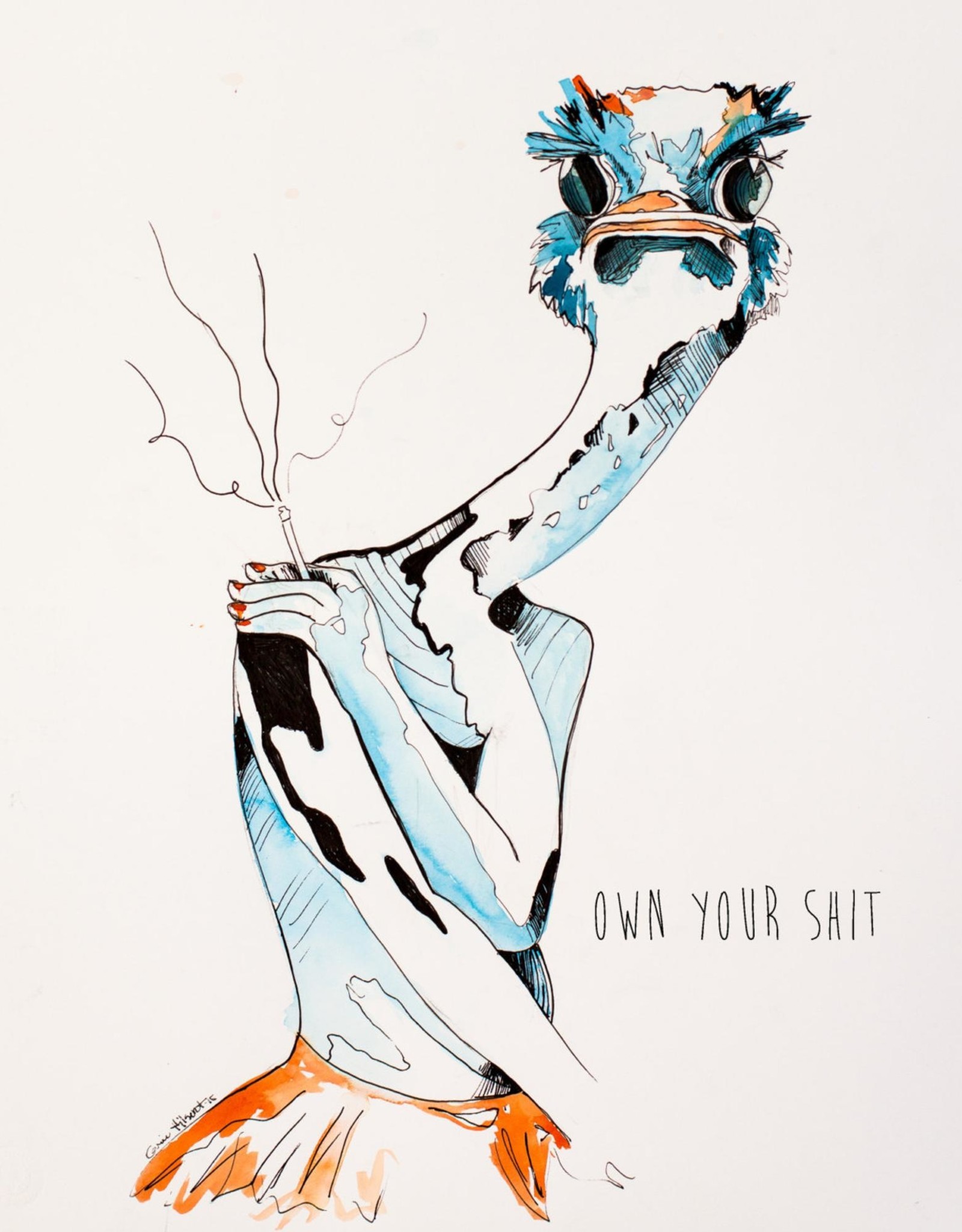 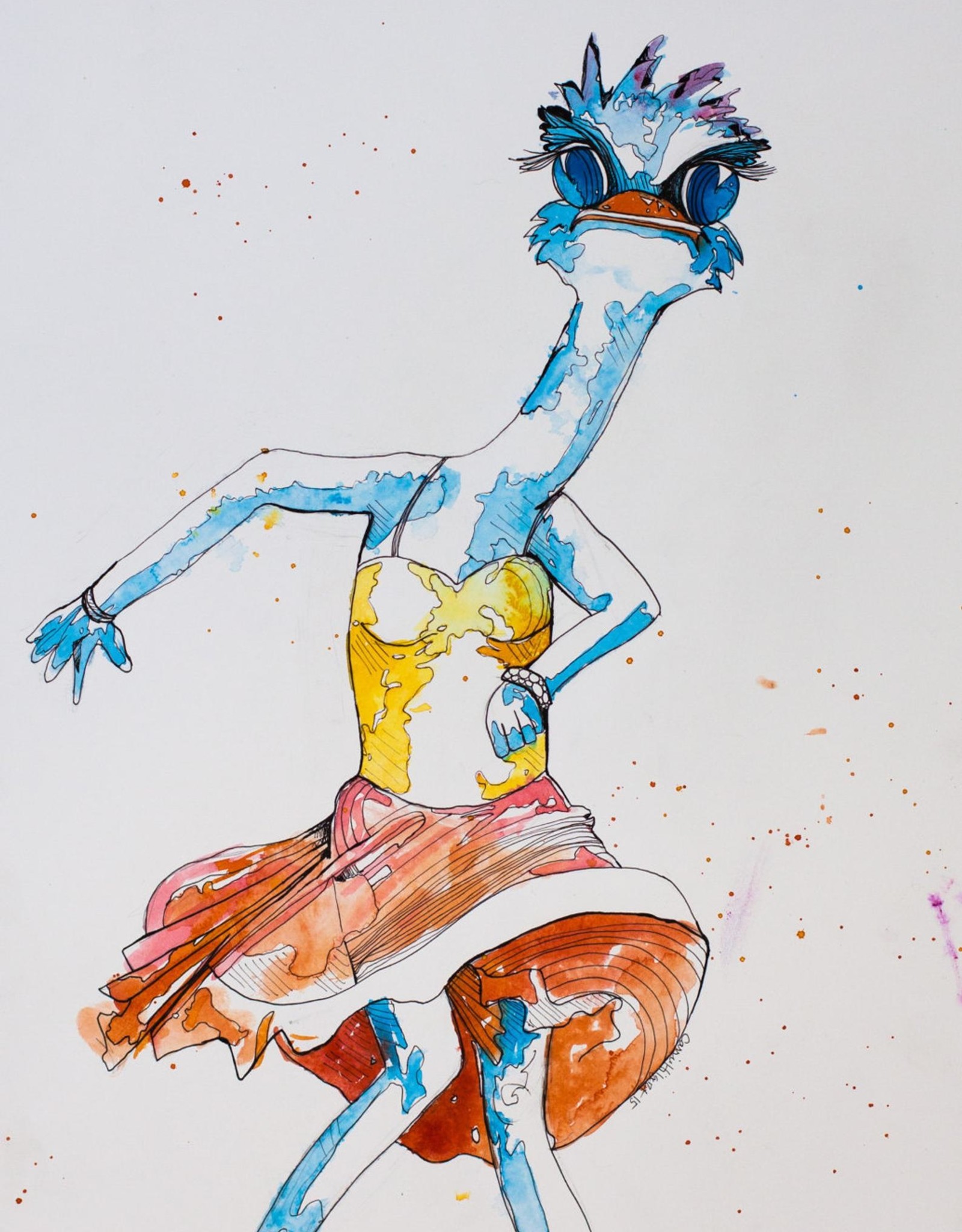 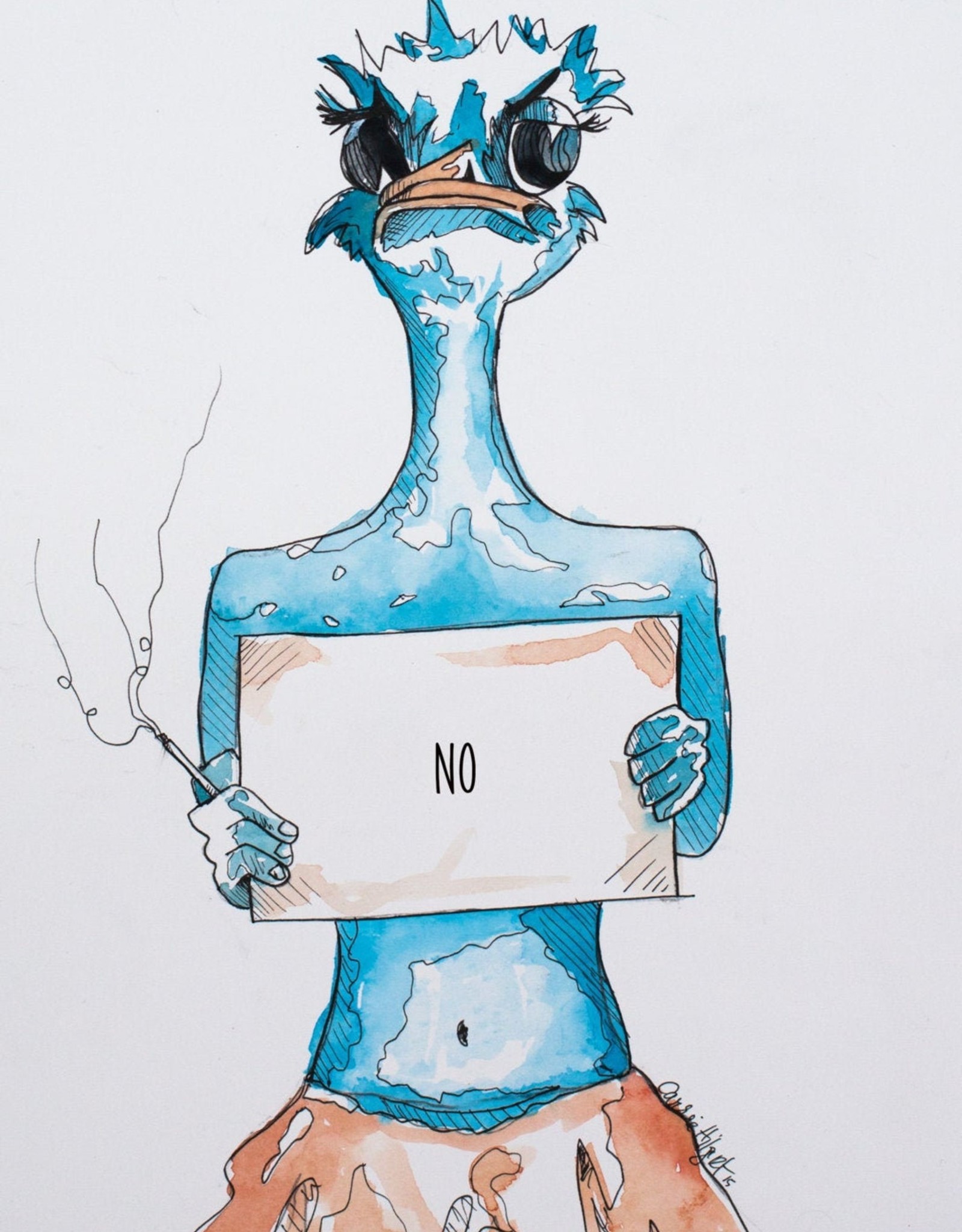 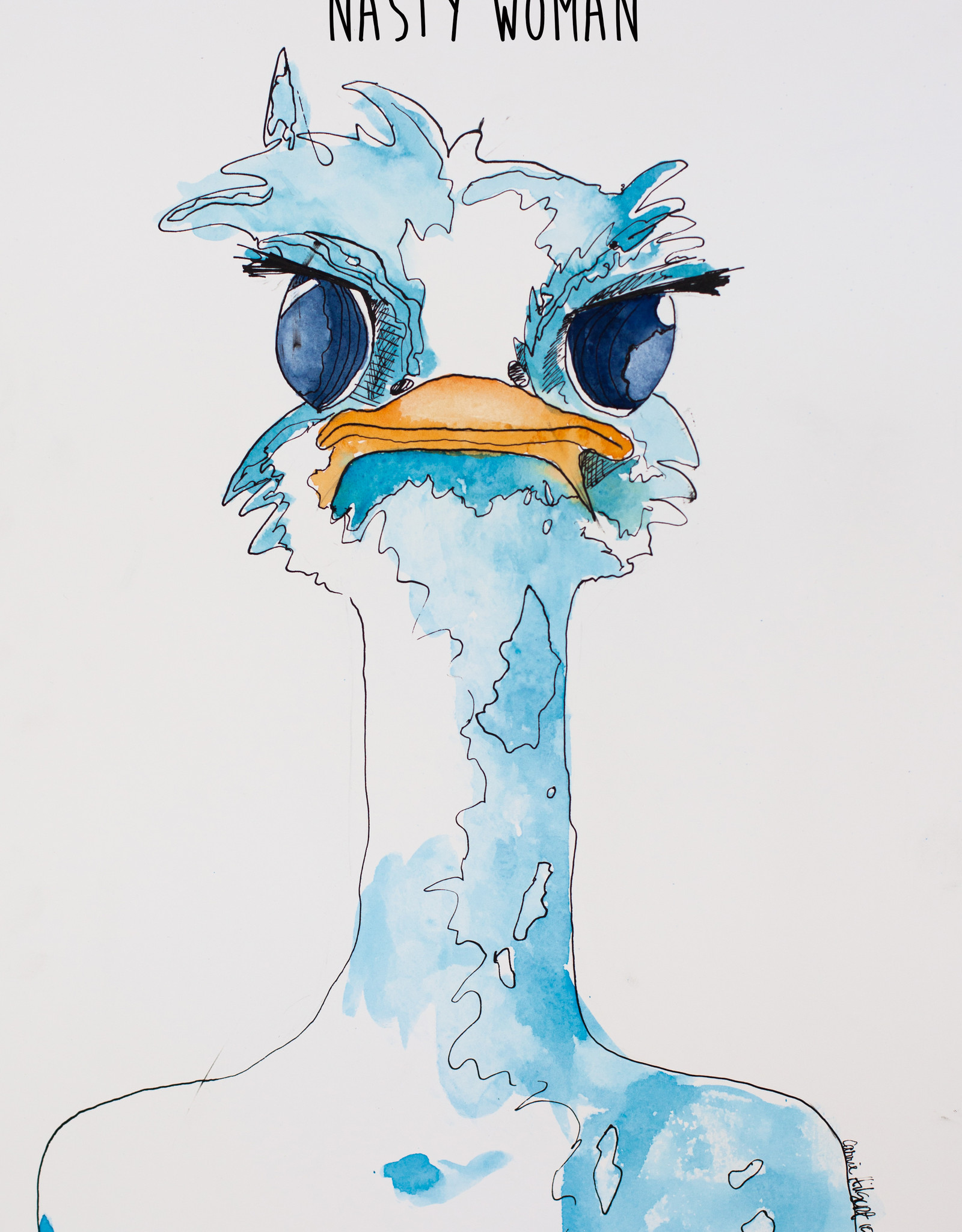 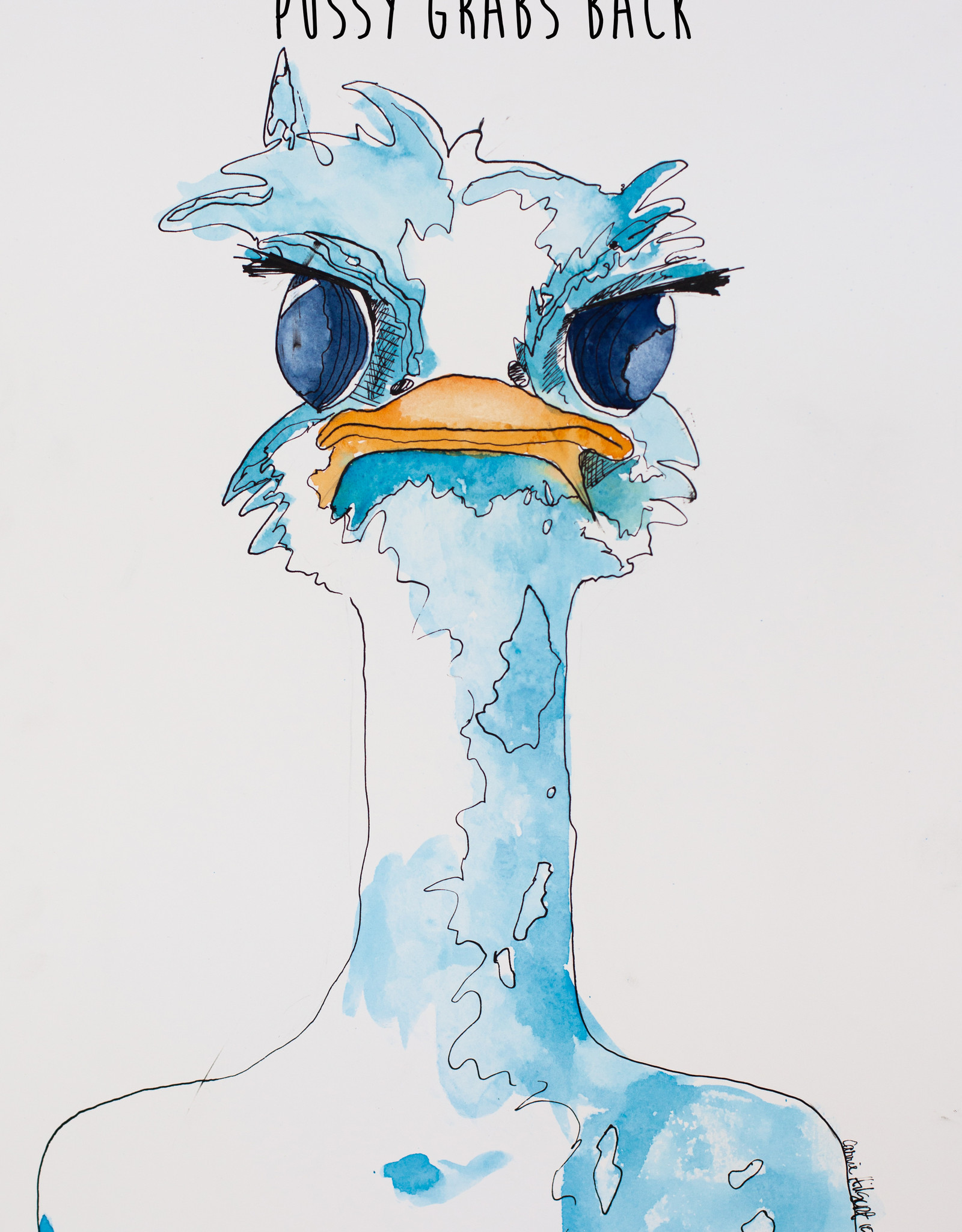 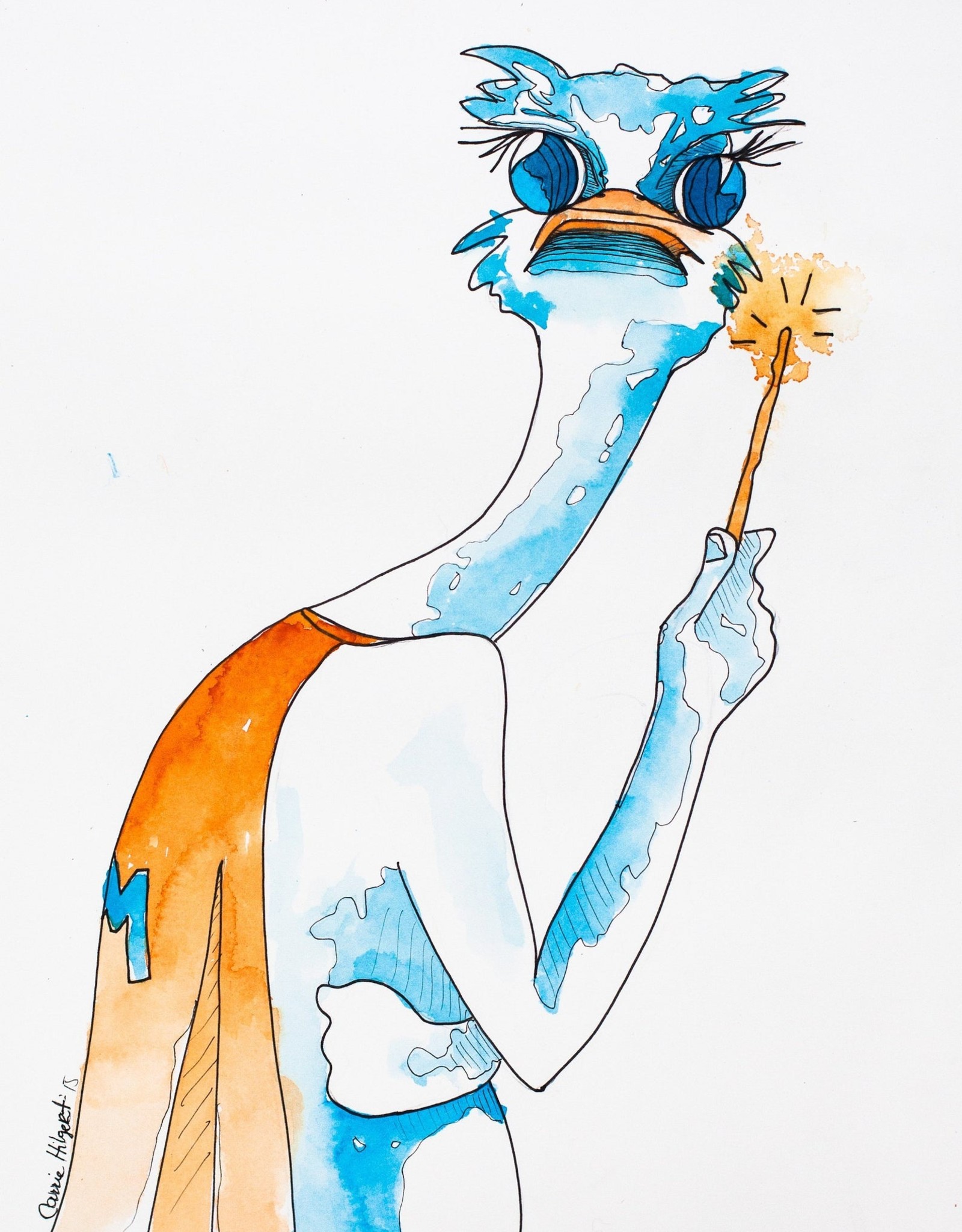 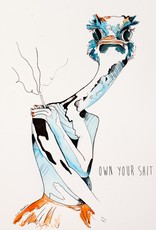 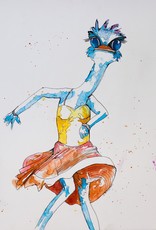 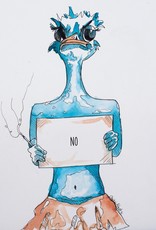 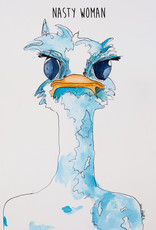 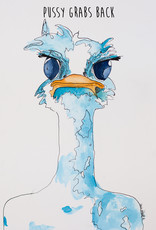 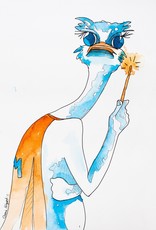 Carrie's creation named Myrtle is a half woman, half ostrich full of sass.

Own Your Shit: This is Myrtle. She cusses worse than a sailor and used to work at a fifties themed diner. She does what she wants and loves to inspire people to embrace their weirdness.

Dancing Myrtle: With a hat tip to my childhood idol, Cyndi Lauper, Myrtle shows you how to have fun!

Myrtle Says No: You need to learn the healthy art of saying no. I know I do. No is such an important word to learn how to say. Hang this print somewhere to remind you to protect yourself and make room in your life to so much YES. Myrtle believes in you.

Superhero Myrtle: You might be a wizard and a superhero. Or an ostrich.

Carrie Louise is a healing artist and energy intuitive. Sometimes she uses paint and ink, sometimes a camera, and sometimes words. Carrie started drawing in the third grade and was the kid that noticed everything: people’s quirky habits, bits of energy floating through a shaft of light, the undercurrent of emotion in a room. She has always felt things very deeply, and that fuels her work – and her outlook on the world.

Carrie believes in everyday magic and in sharing raw emotion to make connections and provide a glimpse into a journey of self expression. In her 20s, depression kept her from painting for nearly ten years. During that time, she used her camera as therapy, documenting her depression through self-portraiture. Some of these photos appeared in two exhibits in New York City dedicated to ending the stigma of mental illness. One of the photos was also featured in a related article in the New York Times. In 2015 her photography won a Voice of the Year award from BlogHer, which she received in New York City. Photography, particularly self portraiture, has been a vehicle in which to bring document the journey of being whole.

In the spring of 2014, Carrie began painting again after an experience she describes as “a supernova explosion in my brain that I’m still not sure is real.” Since then, she has used acrylic and a combination of watercolor and ink to put what she sees on paper.

“I believe there is magic to be found in the simplest of things, but the spark I find in people is what drives me,” she says. “My life is about finding the magic in the fabric of the everyday and writing about the bones of that. I have a huge heart for misfits, renegades and the voiceless.”

In 2015, author Elizabeth Gilbert discovered and shared Carrie's creation named Myrtle, a half woman, half ostrich full of sass and also reviewed one of Carrie's published books. Currently, Carrie has four books available and a tarot deck she created available in her online shop.

Carrie lives in Northeast Kansas where she follows the voice of the Muse.