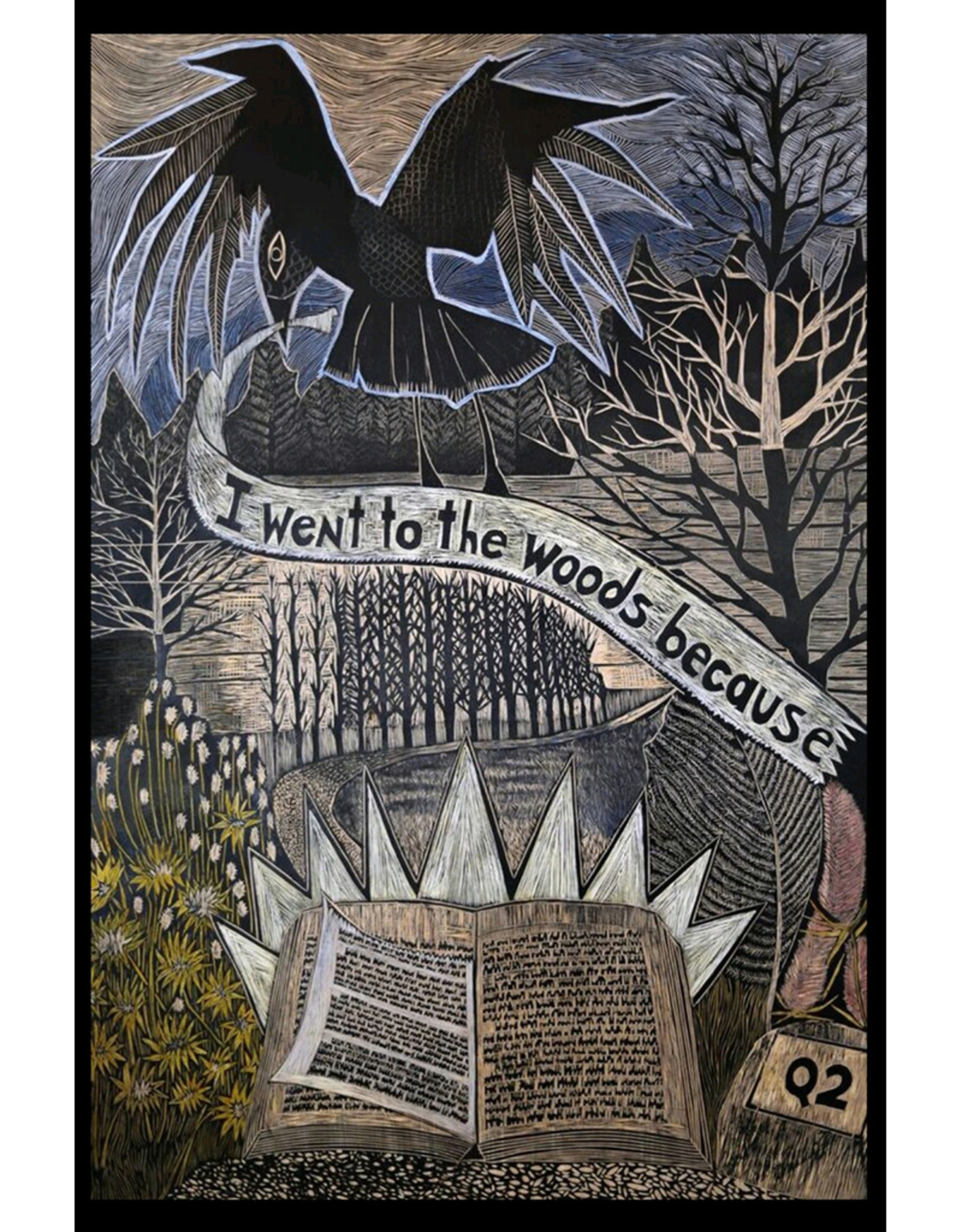 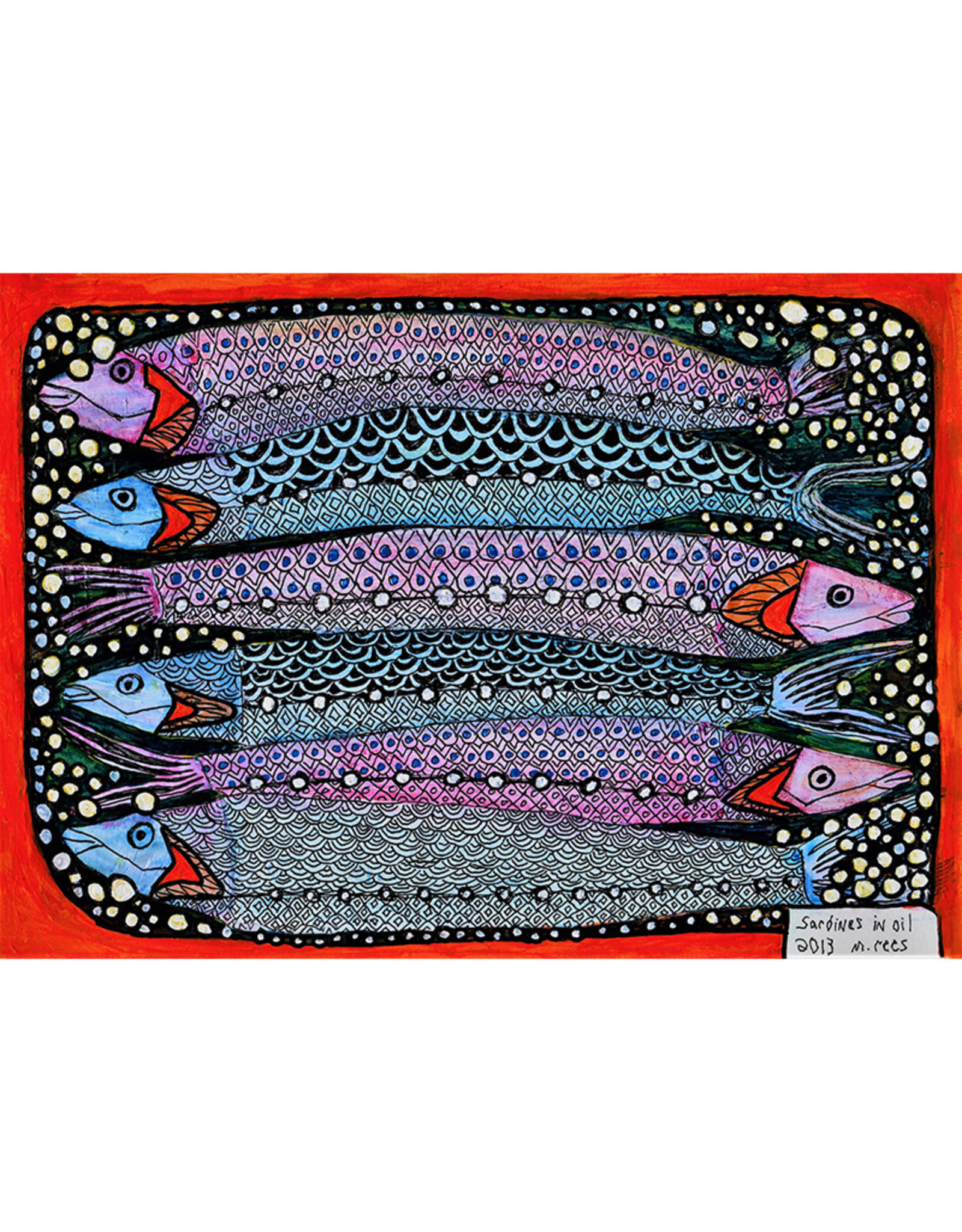 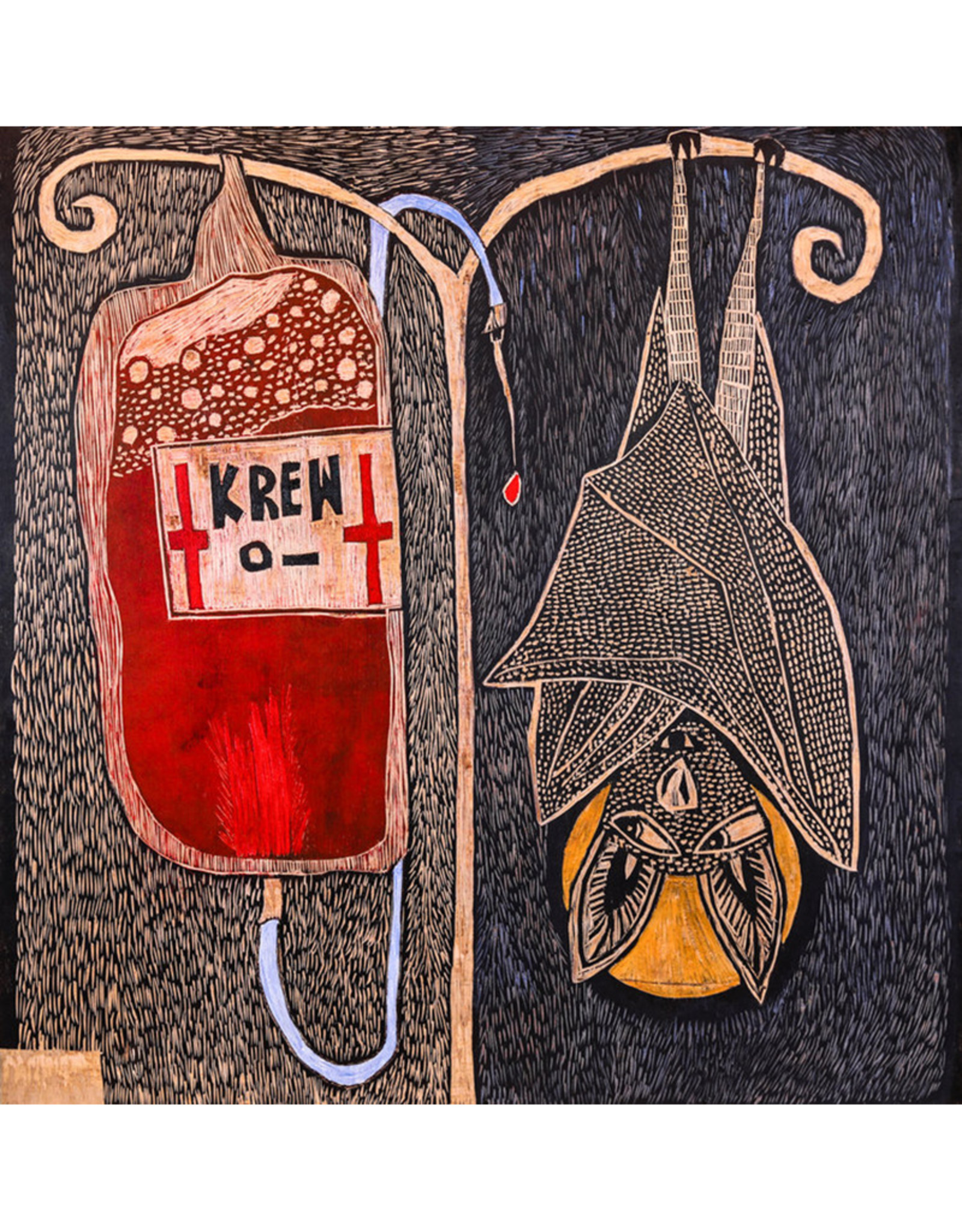 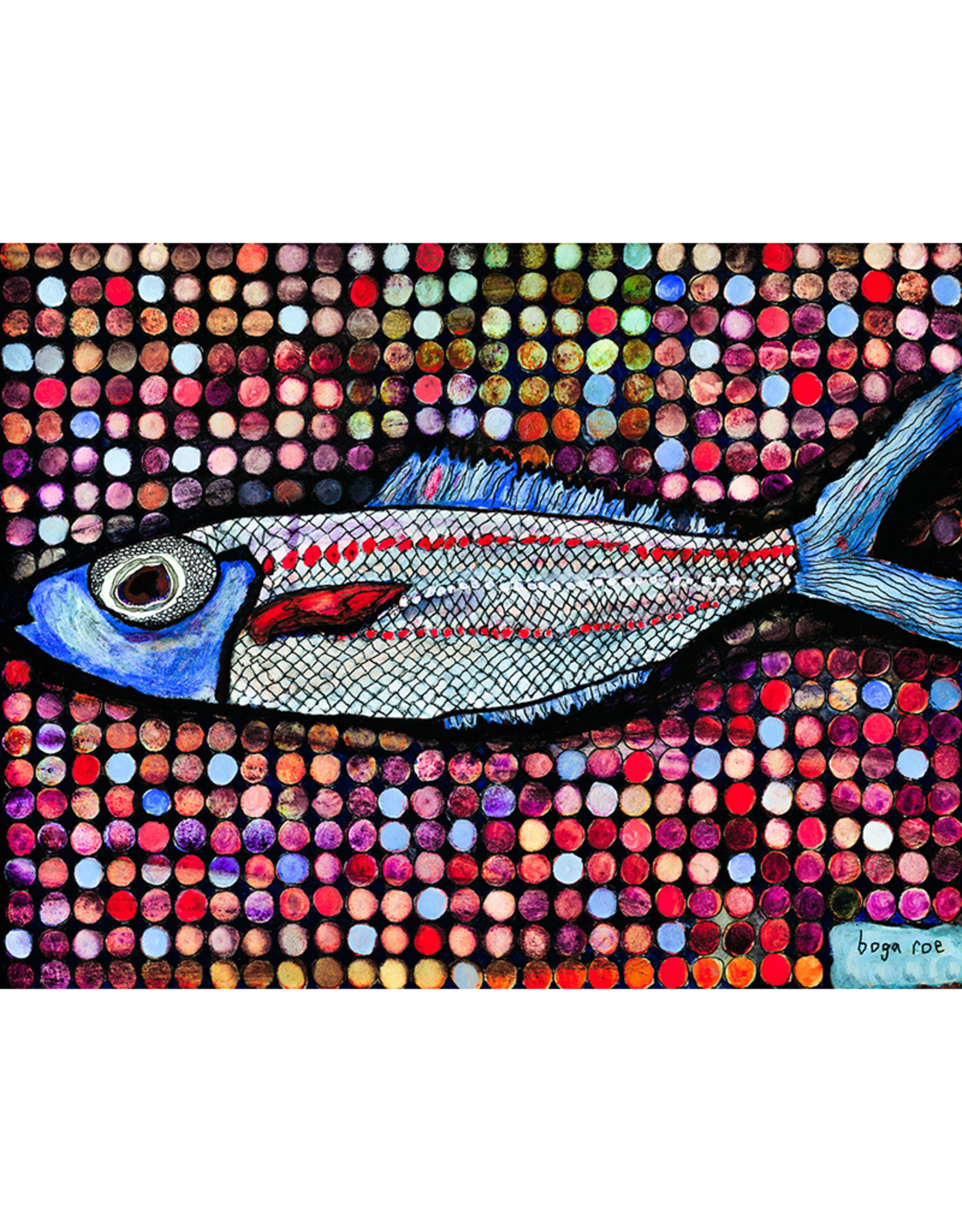 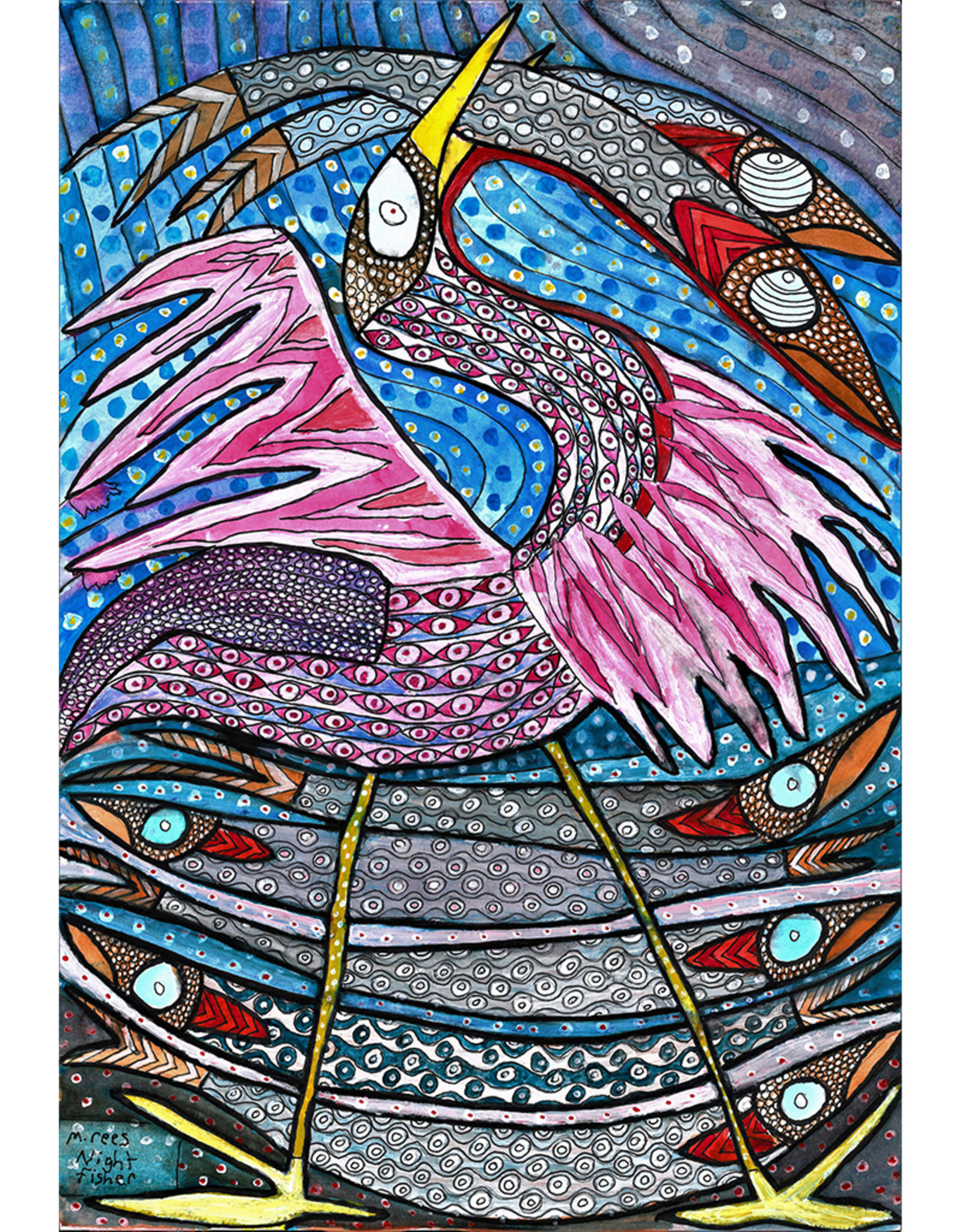 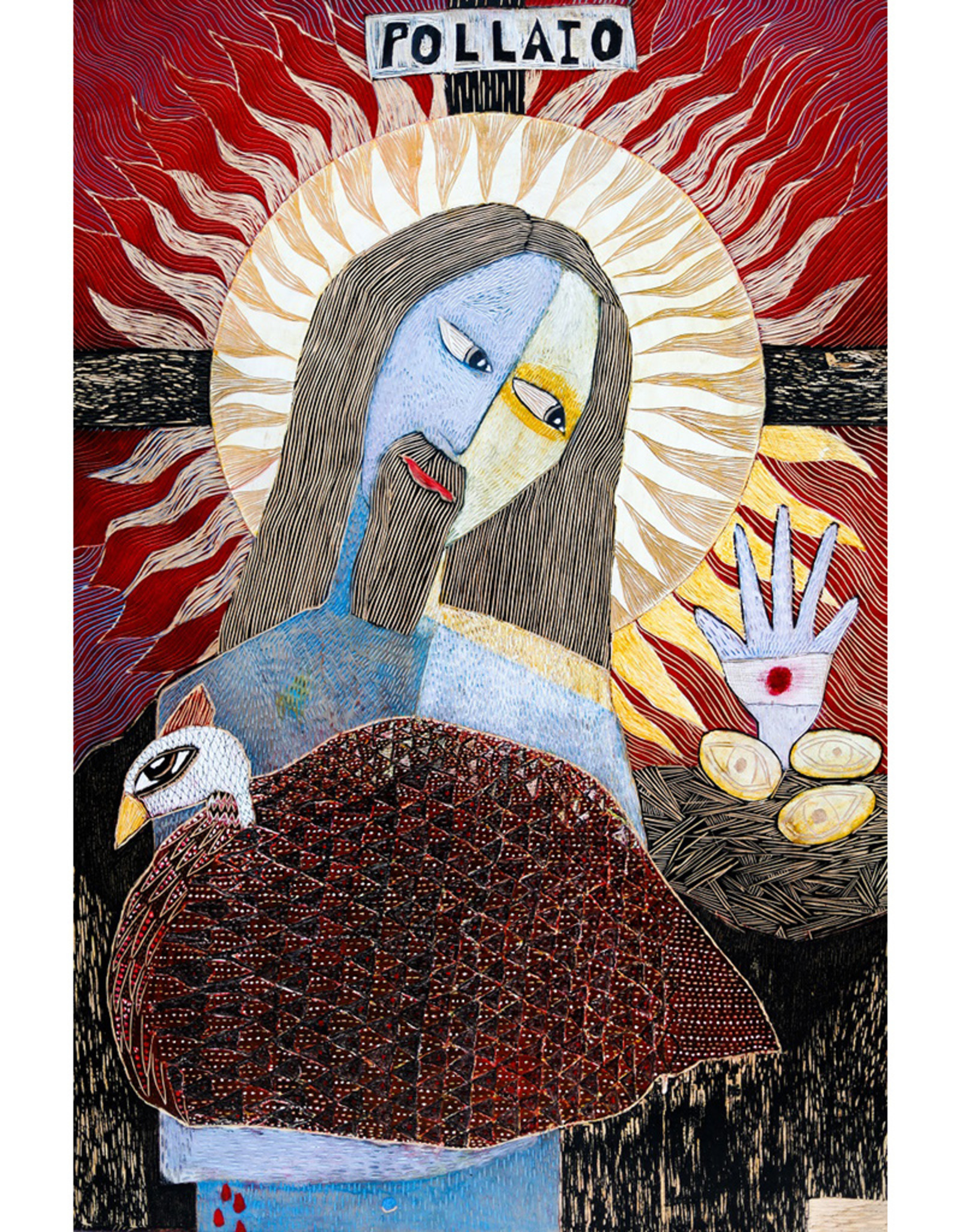 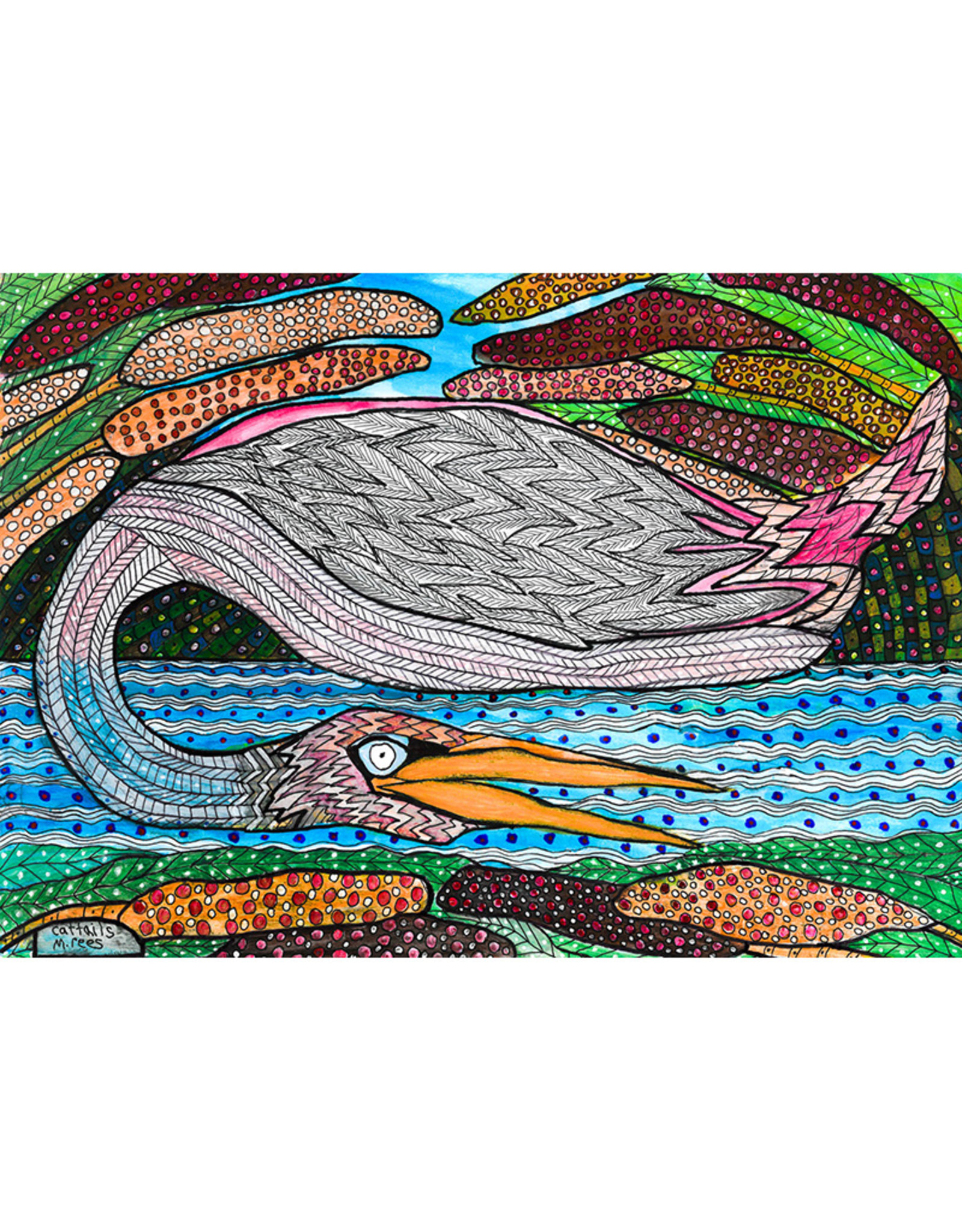 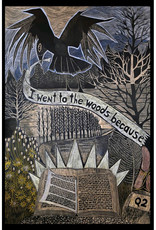 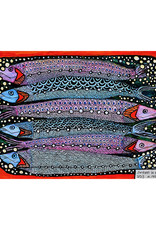 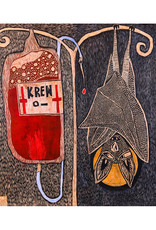 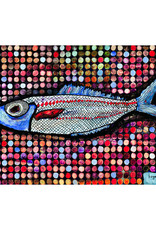 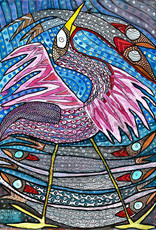 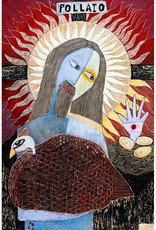 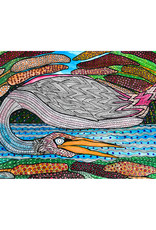 “My love letter to Thoreau and the DePauw Nature Park.  (Q2 is the name of a trail at the park.)  I read Walden in my early 20’s, immediately sold my house in town and bought some property out in the sticks, living in a camper.  Thinking the camper too luxurious, I built a teepee and moved into it.  Eventually some friends brought me to my senses, but my love of Thoreau’s spirit and his ideas on simplicity (read ‘anti-materialism’) still reside deep within my soul.”

“As a boy, I remember watching my father fork sardines out of a can onto crackers and then eat them whole.  I thought it was disgusting.  On a trip to Wales as an adult, I was introduced to the ‘English’ breakfast which features many types of small fish.  Turns out they are not only beautiful, but delicious.”

“When I was a kid, ten or eleven, I saw a group of flying foxes at an exhibit at the Indianapolis Children’s Museum.  To me, they looked like dogs with wings.  I’ve been gaga about bats since.  Thirteen bat species have been recorded in Indiana.  O Negative is an ode to this magnificent animal, not so much to any one species, but to all bats, including the bats of folklore, of old Romanian myth, and of Abraham Stoker.”

“I went through a period where I was only painting fish.  Boga is a particularly unassuming species in South America.  Roe is the fancy name for fish eggs.  Many fish have stunningly beautiful roe clutches and I was drawn in by the idea of a mother Boga surrounded by her colorful brood.”

“Sometimes called the Indian hen, Indian pullet, and my favorite, Blue Cranky, the Great Blue Heron is one of Indiana’s most dazzling birds to behold.  Seen flying overhead, one can believe in a time when pterodactyls filled the sky.  Seen silently standing in the cool, dark waters of Big Walnut creek, it’s hard to think of a more elegant bird.  It even eats gracefully, swallowing its dinner dead, not alive and squirming like many of its cousins.  And it eats more than fish.  Mice, chipmunks, shrews, frogs, and lizards are also on the menu.  Nightfisher is my imagination run wild with this spectacular species.”

“It is said that St. Francis lived for two years after receiving the Stigmata from an angel he met on the way to Mount La Verna.  I like to imagine what his daily life was like from then on, dealing with the practicalities of the gift that eventually killed him.”

“Another homage to the long-necked egret species of Indiana.  Ten such varieties can be found in our state, including the cattle egret, which eats the insects drawn to herding animals.  This particular painting is of a snowy egret, a much smaller bird compared to the Great Blue Heron, and of the cattails that border much of our waterways.”

“For much of my adulthood I've been trying to relearn what every five year old understands about color and composition."